Filming row upon row of fine, shiny cars is not a bad way to spend a morning, although this shoot was also a bit stressful and rushed, as the lot had to be closed during the day for filming and the owner was anxious to open back up as soon as possible! Plus, they had moved in a bunch of cars from another lot so that overall it would look as full as possible, and moving the cars back was a high priority as soon as I was done.

The owner of ZAG Motors, Hassan El Zein, had a specific vision for what shots he felt were needed and overall was a friendly and understanding guy. What made this shoot easier was that I came a few days before the actual shoot to do a few test shots and help Hassan figure out how to arrange the cars for maximum effect based on the shots I would be getting.

One big surprise for this shoot: the weather! I know cloudy should not really be a surprise for Washingtonians, but in this case it was. The forecast was for nothing but sun for the entire week, and the shoot was scheduled for right in the middle of this spate of sunshiny goodness. So you can imagine our surprise when the morning of the shoot it was nothing but thick clouds as far as the eye can see! It cleared up later that day, but that didn’t help us during the shoot.

However, things went off with nary a hitch, and I was able to take plenty of excellent video of Hassan’s beautiful bevy of breathtaking buggies. He was very pleased with the shots I took and I was even able to throw in a few pics of the lot for him to use on Google Business and elsewhere. A few of the shots I took are below, I’ll add a link to the commercial the video clips will be in once it’s done 🙂 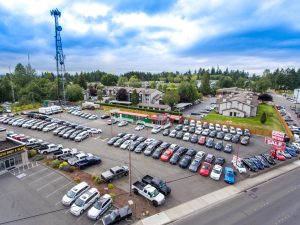 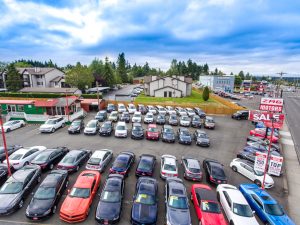 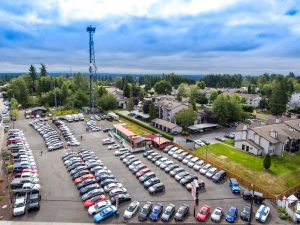