Here’s another example of the power of aerial photos and video as a real estate sales tool. When the broker called me up for this, he just wanted aerial photos of the exterior of the house and the surrounding area. I could totally understand this, as this was a beautiful modern property with lots of interesting features that’s located right on the water between Puget Sound and the Ballard Locks. Plus, it’s in easy walking distance of Discovery Park.

All in all, it’s got a lot going for it. But a lot of those things won’t be conveyed effectively by conventional photography, which is where I come in. Drone photography to the rescue!

When I got there for the job, I realized that while aerial photos were fine, aerial video would serve this property even better. Because aerial video wasn’t part of the original project (and because I had only started offering drone video recently) I decided to do this for free.

Both of these sales tools combined to show off all the impressive exterior features of this property effectively. The results are as stunning- the house listed for 2.2M and sold for 2.63M, almost 20% over!! Of course, I can’t take credit for all the increase, but I can compare it to a nearby listing sold at the same time that didn’t use aerial photos or video. Here’s the listing I worked on and the comp:

They’re on the same street within a couple blocks of each other, both waterfront, and were listed within weeks of each other, but that’s where the similarity ends. The marketing differs wildly in quality. The pictures used for the one I didn’t work on are fine, but they could have been much better. Plus, they obviously took no aerial photos. These (and no doubt other, hidden differences) led to a much different result: this property listed for 1.488M and sold for 1.5M, a puny 0.8% increase over list. While this isn’t a bad result most of the time, in a hot market like Seattle where your neighbors are selling for much more over list, it’s terrible!

According to research I outline in another blog post, the inclusion of at least one aerial photo in a listing is correlated with an average 10% increase in sales price and 8% fewer days on market. So if the broker of the comp had hired me, the house likely would have sold for 150k more. Setting aside the value for the owner, even if the broker pays for this out of pocket and only receives 1% of the sale price, that’s an extra 1k (at least) in the broker’s pocket, plus the reduced hassle that comes from having a home on the market for less time. All in all, not a bad ROI for a service that costs a few hundred dollars!

Okay, here’s a sampling of the photos and the exterior video I took for this property: 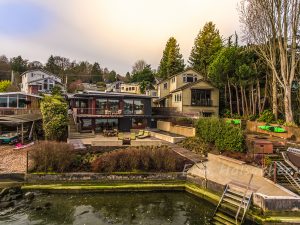 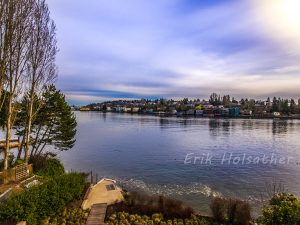 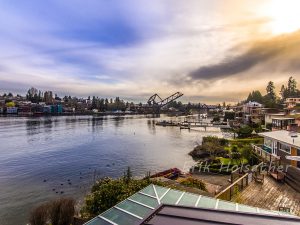