I’m a little embarrassed to say it, but this was my first commercial building shoot. Fortunately, it was much like any other shoot, just much bigger! Plus, it was a little odd to shoot with all these random office workers walking around, and a little nerve wracking. It’s a little like performing improv.

I learned an important lesson at this shoot- when you do a commercial shoot, let security know what you are doing beforehand! When I was about 80% done with the shoot, I was approached by a rather large woman in a blue uniform. She asked me if I worked there and expressed that several people had approached her with concerns about the “eye in the sky” they saw outside and the unfamiliar fellow operating it.

I reassured her that I was there at the behest of the people at Coldwell Banker Bain to shoot pictures and video for their marketing of the vacant space for lease. This, plus my business card and a quick peek at my ID assuaged her suspicions and allowed me to finish my shoot without further interruptions.

In any case, the shoot went very well, though it was a hot sunny day, and I had to run all around the two large twin buildings to get the photos and video I needed.

Editing was much easier than it usually is for a video shoot- this is partly because I am getting better at shooting exterior video and partly because a business park lends itself much better to long shots that take time but cover the property well. More long shots means few cuts between shots, which means less time spent hunched over my computer editing.

Alright, that’s enough backstory and random chatter- here’s the photos and video for this shoot. Take a look and let me know what you think! 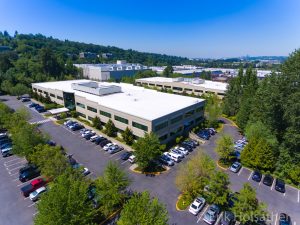 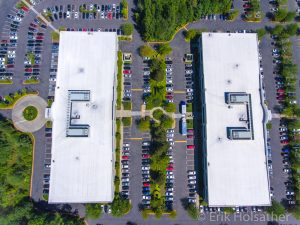 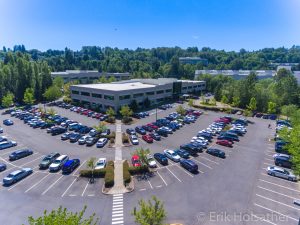 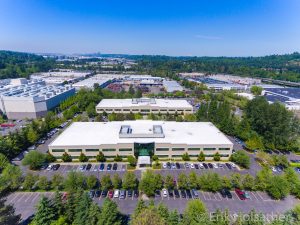